The elephant in the corner of the room!

Well this year so far has been the busiest yet for Feeney in his career as a development chef, the balance of work, family and personal commitments to charities he’s passionate about has become a real challenge!

One date in the calendar he never misses is Skills for Chefs in Sheffield. An industry event organised by David McKown from Sheffield University in conjunction with the amazing catering team & facilities from Sheffield College.

Skills for Chefs is one of the biggest chefs events in the UK packed in to a 24 hour period with 200 delegates hungry to learn and share skills. A mixture of presentations and master classes from leaders in catering and hospitality including 3 x Michelin starred chefs sharing their skills in the kitchen and personal experiences during their careers in kept everyone thoroughly engaged and hungry to learn more.

Feeney’s is always keen to lend a hand so when one of the headline chefs needed collecting from the airport there was no stopping him. Paul Cunningham stepped off the plane at Manchester airport and was greeted by his personal driver suited and booted complete with a chauffer’s cap looking like a cross between Parker from Thunderbirds and an extra from The Fully Monty – in true Yorkshire style. A surprise stop at Joro the brainchild of Luke French the hot new talent in the city for a fabulous lunch with the current NCOTY James Devine who had flown in form Belfast as an ambassador for the Craft Guild of Chefs. Following a night at the pass in another great restaurant Rafters with Tom Lawson and his front of house main man Alistair Myers they showcased the very best produce from both Yorkshire and Northern Ireland including 45 day dry aged beef from award winning Peter Hannan in Moira. On with lunch at Joro – and 10 amazing courses later ………

The conference opened later that evening with Tom Kerridge who currently holds 2 Michelin stars at the Hand & Flowers in Marlow. Tom talked about staffing problems, weight loss and other issues including the rise of dietary requirements & food allergies already busy kitchens have had to adapt to cope with. This chef is a truly lovely guy and is unchanged by the fame his TV career in food has brought him.

Cyrus Todiwala OBE served an amazing dinner and entertained the diners with his encyclopaedic knowledge of spices and food history!

The main conference began with an early start for Feeney – breakfast on the balcony at Sheffield College before the chefs took to the classrooms. The chefs presenting included our local lad Rupert Rowley from Michelin starred – Fischer’s of Baslow, Ernest Jagodzinski who flew in from Poland to attend. Another mind-blowing chef leading an Italian master class was Francesco Mazzei who wowed chefs with the skill, dexterity and simplicity for producing the most perfect pasta – a skill many chefs hanker to master!

Back in the main demo theatre we saw some absolutely stunning desserts created by the one and only Claire Clark who literally caught 2 hours sleep in the car en route as she was driven to Skills (split shifts at Pretty Sweet patisserie HQ due to demand for her pastries & desserts for Wimbledon literally by the thousand!!!

For Feeney seeing his old buddy from  in Denmark completing the line up with what can only be described as a true rock star in the kitchen! Paul Cunningham cooked a whole turbot in Champagne & fresh herbs. The content, which most gripped the delegates watching his demonstration wasn’t his cooking however but the thought provoking words from Paul about how the pressures of the kitchen caused him to have a stress induced blood clot which took five weeks in hospital to recover. Paul spoke openly and honestly about his battle with anxiety – something that had even immersed him on the very day of his demo in Sheffield. Feeney was moved by his pal’s bravery to share the “elephant in the room” with his peers in the industry. Mental Health are NOT dirty words but a harsh fact of reality for us all in some shape or form.

There will be a fantastic new series of events and master classes at Skills for Chefs in 2018 and who knows what Feeney will be cooking up to help celebrate their 21st anniversary year! Watch this space…..

Any one needing help who work within the catering industry contact Hospitality Action for assistance in dealing with any of the issues raised by The Food Programme. 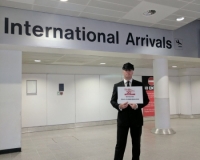 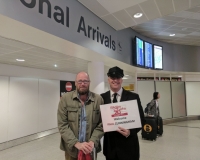 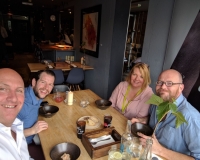 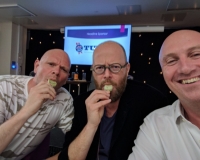 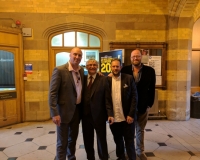