Anything to declare sir?

It’s not every day you meet up with a stranger at an airport and he asks you to carry two bags containing 5kg of white powder in your suitcase – luckily it was only tempura batter mix! One of the ingredients JF intended to use for his “British fast food” treat for the villagers at Lura…..

A trek in Nepal climbing 4,000 metres is definitely not for the faint hearted, but when the gauntlet was thrown down to Martini Chef – John Feeney in a bid to raise much needed funds for the Springboard Charity he found it hard to resist!

A group of 30 willing “trekkers” including Dr Anne Pierce MBE (chief executive of the Springboard charity) met for the very first time as a group at Heathrow airport to board the first of three flights on their way to complete an epic journey of a lifetime.

“The Springboard Charity helps young people achieve their potential and nurtures unemployed people of any age into work. It helps alleviate poverty by supporting disadvantaged and underprivileged people into sustainable employment within hospitality, leisure and tourism.”

The aim of the trek was to not only raise much needed funds for Springboard but to give back to the people of Nepal by helping with vital building and maintenance at a remote school. Feeney had also been asked to cook an example of “British fast food” for 300 villagers which was ended up being far from fast but more about this a little later.

The first flight took the group to Abu Dhabi then Katmandu for the final 40 minute flight to Phaplu which turned in to a 2 hour journey due being diverted to another tiny airstrip and having to perform an emergency landing to low cloud and literally no visibility.

The welcome site of the first night’s camp was a welcome site to everyone in a village at around 2,300 metres. The group met their team of guides, sherpas and cooks who would join them on their journey and help them all navigate the difficult terrain safely.
The trekkers included supporters from Marcus Wareing Restaurants, Bidvest, Nestle Professional, Sodexo, Compass, Baxter Storey, Bunzi, The Ritz, Ccollinsking, Gather & Gather, Firmdale, Hilton – Wembley, CH & Co group, Evolve, The Savoy, Cavalry & Guards Club & Firmdale along with Feeney from Griffith Foods.

For many of the group including JF it was the first time they had embarked on such a challenging journey with no experience of trekking at altitude on steep climbs and descents on an incredible journey which tested both the mental and physically skills of everyone. The first three days of walking were about getting to know each other and how to support one another through fatigue, sickness and exhaustion. This kind of extreme trekking away from family, friends, the routine of busy work life – even technology and communication channels really takes time to adjust to.

Prior to the trek JF started raising funds for the charity which was so generously supported by Griffith Foods along with friends and contacts in the industry raising over £6,400 which will be distributed locally to North Derbyshire & South Yorkshire near to JF’s development kitchen and home.

After packing up camp and moving on through a valley and across a river the group arrived at a village who’s staple diet was the humble cobs of corn. The corn has it’s husks removed which are used for wrapping food before cooking, the cobs then dried on the sun and the kernels ground down to make a kind of porridge. Even the empty cob core is used as fuel for the fire – that’s what you call totally 100% sustainable food. Heading up to 4,000 metres tested everyone mentally and physically but everyone rallied together supporting each other on the way. They encountered four seasons in just one hour – with sunshine, hail, snow & wind putting them all to the test.

As the trekkers woke in their new camp they were blown away by the breathtaking sight of Everest as the sun rose.

After fried egg sanwhiches JF set off on his “shopping trip” for dinner while the rest of the group continued the work on the school, erecting fences and boarding out classrooms. Three sherpas and two guides along fellow trekker Kelly were en-route for today’s ingredients. Down the valley and then climbing back up to 3,300 metres to the local shop or “Salleri Bazar” as it’s known to buy the produce. JF was hoping to rustle up fish & chips but with a lack of fish up the mountain he decided to go for second best – his version of chicken & chips (well sweet potato fried to be exact!) Meat is sacred so trying to buy enough chicken to feed the whole village was going to be a challenge. 25 chickens and five hours later it was back to campe to rustle up a storm. With no fresh butter ghee was a substitute, and no fresh cream meant condensed milk would be the vital ingredients for the banoffee pie – hold on where are the bananas Feeney?

JF would like to thank everyone who was kind enough to sponsor him and provide kit for the trek. A huge thank you to Natalie from I.O. Shen for the fantastic knives which were presented to the chefs who cooked every day for the group of trekkers. The spiraliser also went down a storm and totally fascinated everyone in the village.

The tasty dish of fried chicken with tempura batter and tikka masala sauce was soon hitting the plates – JF has certainly never cooked with such limited equipment for so many people but the dinner was delicious – every bit of the 25 chickens were used, meat is sacred and it was important not to waste any.
The banoffee pie also went down a treat a few Kit Kats finished off the dessert topping

It was mixed emotions as the trekkers left the village and headed back on their return journey with lasting memories of an inspirational trip of a lifetime, where the magic is to learn as much about yourself as the country and people visited.

The group as a whole have raised over £100,000 from this trip alone. The investment has been in skills too – support and manual labour given to help refurbish the classrooms and fence at the village school in Lura brought the trekers and villagers together. 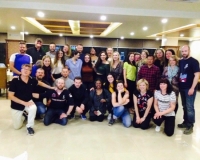 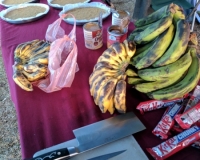 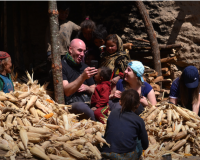 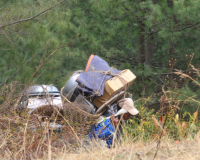 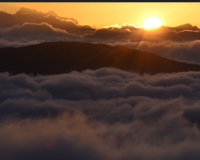 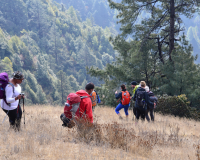 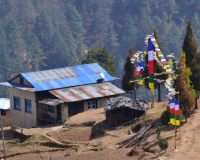 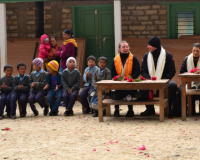 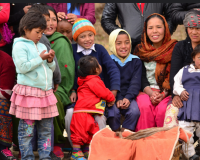 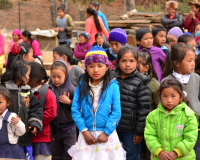 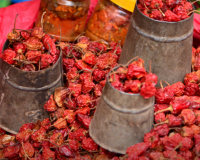 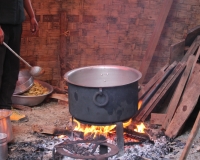 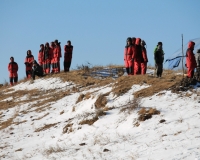 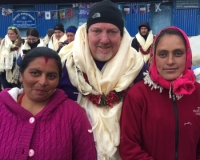 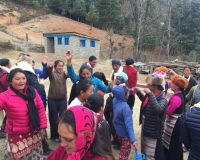 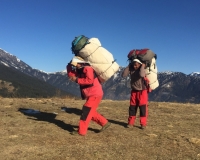 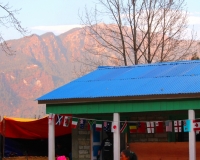 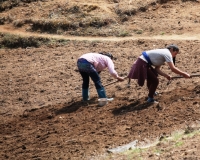 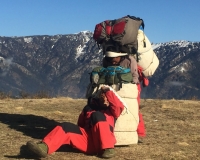 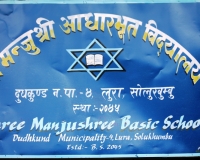