I hope everyone has enjoyed a great start to the year and you haven’t broken all the New Year’s resolutions just yet!

As part of my role as a development chef for Griffith Foods I meet some incredible people in the food industry, from state of the art equipment manufacturers, talented chefs to growers and producers of fantastic ingredients. In my first blog post for 2018 I wanted to sing the praises of pork farm Dingley Dell in Sussex. Brothers Mark and Paul Hayward work closely with Direct Meats who supply high-end chefs including Michel Roux & the Gordon Ramsay Group (I’ve even had a sneaky posh bacon sarnie or two in Fortnum & Mason’s in London – who are proud to name Dingley Dell on their menu!) Direct Meats also distribute their award winning pork across the world to destinations such as the Seychelles, Dubai, Monaco, Finland, Singapore and Honk Kong, Sweden & Norway. 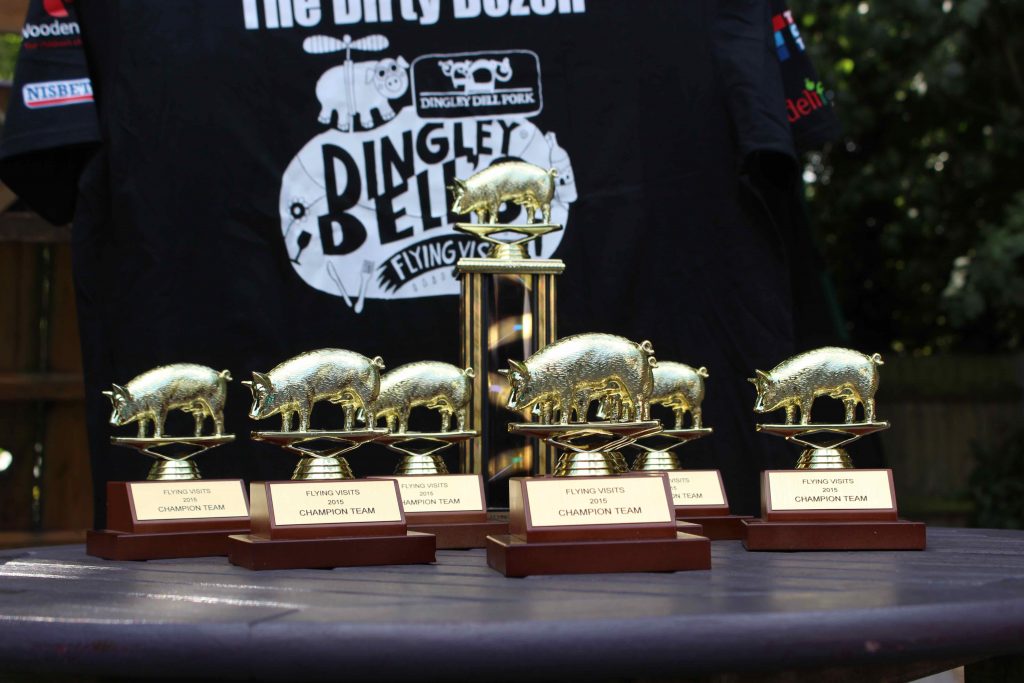 At Dingley Dell the animals always come first, the welfare of the pigs and the wildlife both on and around the farm are always at the forefront of operations. Pigs are allowed to wonder – they are never packed in farrowing crates or left to stand on hard slatted floors in tiny pens unlike 58% of other pigs bred for food production. I have to say I have never seen such happy pigs! Sustainability is not just a trendy word used in this business but built in to the DNA of every decision that is made on the farm. Respect and care for the environment is excuse the pun “second nature” to the Hayward brothers it doesn’t stop at the pigs!

Land has been given over to fields designated to encourage birds, bees and other wildlife, nectar mixes are planted in blocks around the farm, providing food for insects, butterflies and bees – 8.23 hectares (around 20 football fields) On a hot day 1 square metre can contain 10-12 bumblebees. The nectar strips are planted in a staggered fashion, ensuring we have the longest possible flowering for pollinators. Wildlife “corridors” are left down the sides of each field enables foraging mammals to move easily across the land while they forage for food. It’s inspiring to see

Not stopping at giving back to nature Mark & Paul Hayward are supporters of giving back the industry they supply and in the process have helped raise over £50,000 for various cancer charities including the Teenage Cancer Trust. Dingley Dell have collaborated with catering colleges and some of the best chefs form the UK to take part in themed dinners and more recently hosting their “Dirty Dozen” BBQ competition at Universal Cookery and Food Festival. 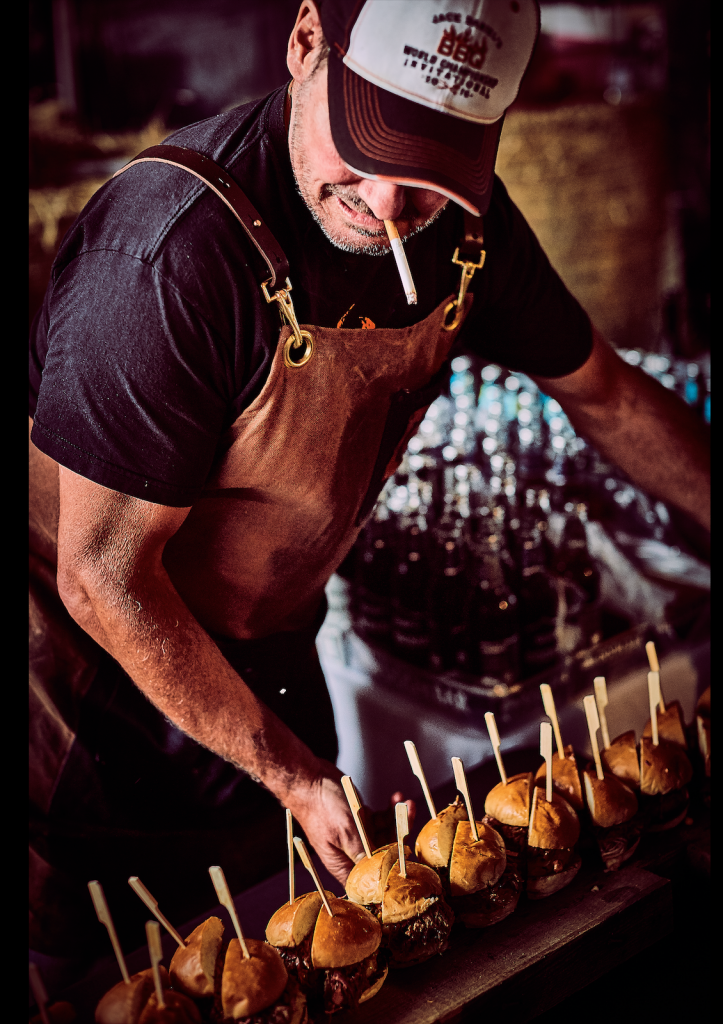 Image of Pit Master – thanks to FraserShotStudios

In 2014 during one of their “Flying Visits” Dingley Dell were inspired by an amazing young lady called Emily Mackay who was then a student from East Kent college when she cooked on one of the events hosted by Adam Smith at the Devonshire Arms in North Yorkshire. Emily was fighting a rare form of childhood cancer and stood at a prep bench on crutches working with her team preparing a seven-course dinner for 90 guests. Emily was also part of the team when I took part in the very first ‘Dirty Dozen” BBQ challenge at the Leather Bottle in London (in the quest to try and win the Golden Pig trophy!) which raised over £1k for the Teenage Cancer Trust. Emily was delighted to meet Sophie Ellis- Bextor one of the guest judges for the competition during a pretty mad afternoon in a beer garden with some incredible chefs including the infamous Andrew Nutter, Adam Smith, Simon Hulstone, Eric Snaith, Matt Gillan, Mark Poynton, Rob Kennedy & Steve Smith.

Sadly in 2016 on her 20th birthday Emily lost her fight against cancer though Dingley Dell have pledged to continue raising funds for the charity that helped Emily and her family through a really difficult time. 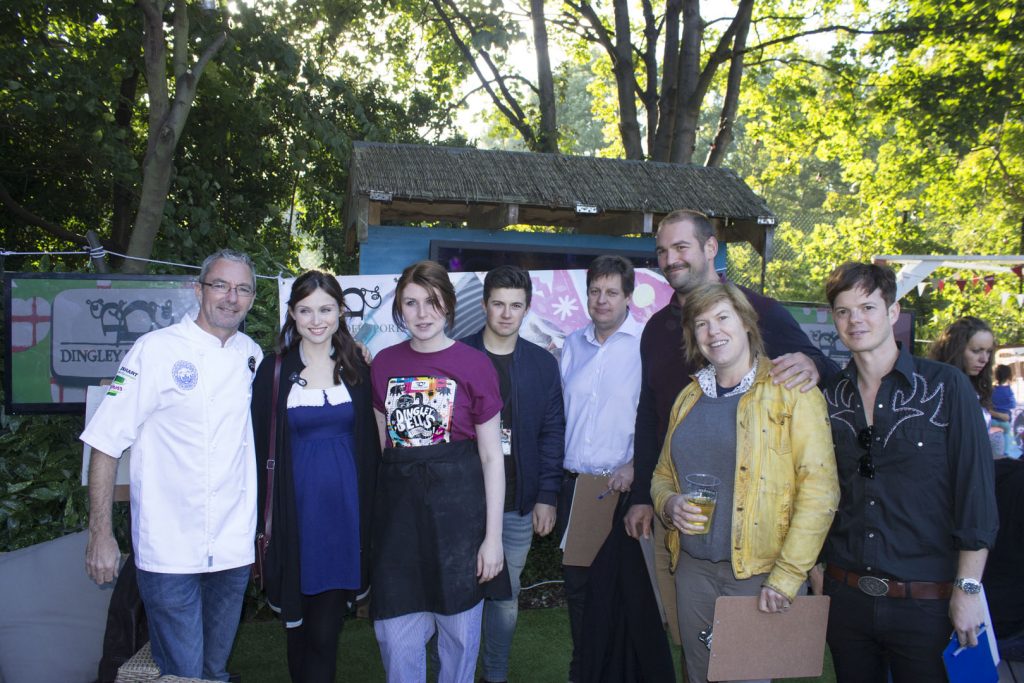 From a personal point of view as a Father I am delighted Dingley Dell has chosen to host their now annual BBQ competition at UCFF raising both awareness and cash for such a worthwhile and amazing charity. We are looking forward to seeing how creative the team captain’s will be with their chosen cut of Dingley Dell pork at Universal Cookery and Food Festival 2018 at Westland’s, Evesham in Worcestershire on 18th September. 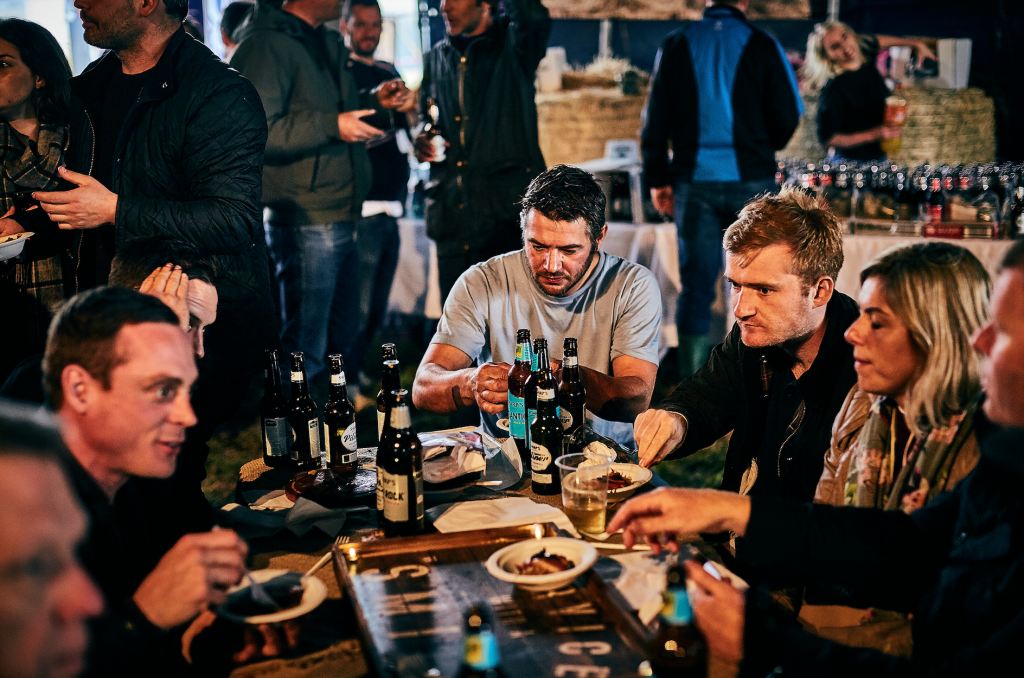