While most people were enjoying the bank holiday weekend with their family Feeney was on his way to take part in a rather special day, cooking at The Raby Hunt’s 7 chefs lunch takeover which had a couple of additions to the impressive stable of James Close’s kitchen buddies making a total of 9 incredible chefs all working together. The line up including Michael Wignall from Gidleigh Park, Tim Allen from The Wild Rabbit, Peter Sanchez from Casamia, Larry Jayasekara from Petrus, Shaun Hurell from Barrio Comida, Mark Birchill from Moor Hall and John Freeman from Restaurant Sat Bains. Each chef gave up their Sunday to cook for a very lucky bunch of diners in aid of Hospitality Action – a charity giving back to people in their industry at times of crisis.

The theme of the day “snacking” represented the modern day trends for small plates – every chef used their skills, innovation and passion to create a stunning dish unique to their style and influences. The personality in each dish reflected the diversity of every chef each brought a very different dining experience to the table.

After Feeney’s dish last year serving a Ferrero Rocher inspired chicken liver mousse with Piedmont roasted hazelnuts he had to get his thinking cap on and come up with another twist on a couple of classic Brits. Two of his family favourites are onion bhajjis & pork pie, so the challenge was to introduce innovation and sustainability in to both to create the ultimate snack offering!

First Feeney turned to non other than the godfather of Indian cuisine Cyrus Todiwala from Café Spice Namaste for tips on the perfect bhajjis, he then added his own twist on ingredients by using fine, noodle cut seaweed from Islander Kelp based on Rathlin Island off the North – one of the only organic kelp farms in Europe. The kelp is grown on ropes in the cold, rough seas off the North coast of Northern Ireland, a fully sustainable product that is harvested by hand from boats and even divers in the sea! Feeney also used chickpea flour and the lesser-known green banana flour (both gluten free) that is currently little used in the home or commercial market in the UK. Tons of unripe bananas are thrown away by processors fulfilling the global demand for this fruit of seemingly a staple snack food for the majority of Westerners. The innovation of green banana flour is now tackling the issue of food waste while also improving the sustainability of this mass-market food and providing the growers with a higher premium for their crop. Feeney’s bhajjis were served with tuna three ways included Asian inspired Poke. Feeney pulled on help from the chef community in Sheffield to give him a hand with his prep Luke French from Joro was only too pleased to send along two of his sous chefs Blake & Dan to lend a hand.

Feeney’s second snack paid homage to the humble pork pie the nation’s favourite grab and go pie! But this was a “growler” with a difference! After spending time with his local farmer at Lawn’s Farm Shop Anthony Ross put him through his paces in the art of pie making and hot water pastry. The result – a Battenberg inspired pie coloured by golden saffron – who would have thought a wholesome, meaty pork pie would every team up with the finesse and refinery of one of the world most expensive ingredients? Boy did it work beautifully! Married with a pickled onion shell filled with koji (fermented rice) apple & gooseberry ketchup – snacking was at it’s best with this dish for sure!

Guests grazed their way through 9 mini chefs tables inside and out of The Raby Hunt – fantastic weather made the day! From caviar to grouse, pork pie to seaweed bhajjis an eclectic and totally amazing collection of 10 Michelin stars in the kitchen it couldn’t fail to be brilliant!

A special mention to the only lady in the kitchen – Maria Guseva who along side James Close created a fantastic beef tartare served with Petrossion Caviar even served in a tin.
What an honour for Feeney to cook alongside such a prestigious bunch of industry heroes – amazing chefs who brought more to the table than their dishes. This event wasn’t just about diners nodding politely after being served each course it was about the sharing of skills, diversity, innovation and passion for a charity close to the heart of those who took part in the day. 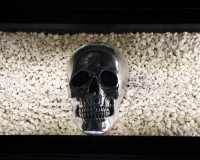 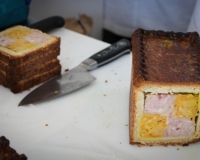 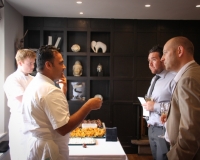 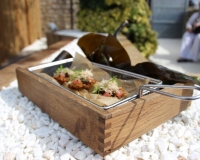 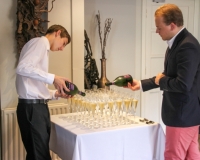 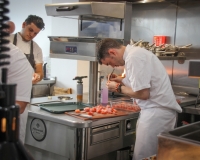 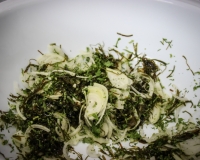 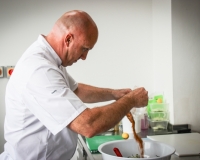 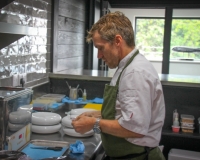 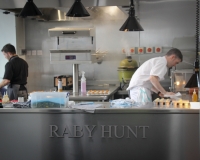 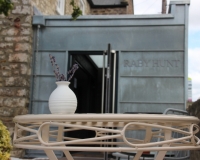 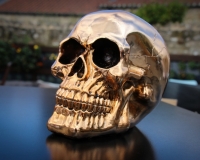 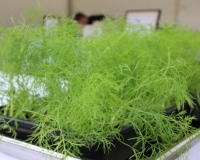 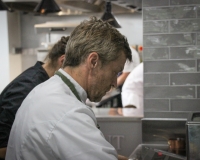 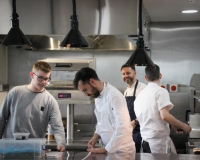 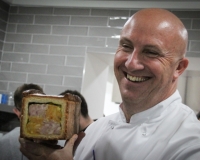 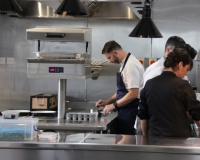 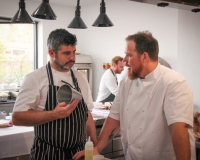 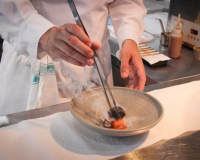 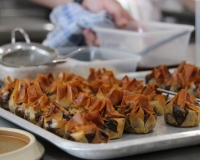